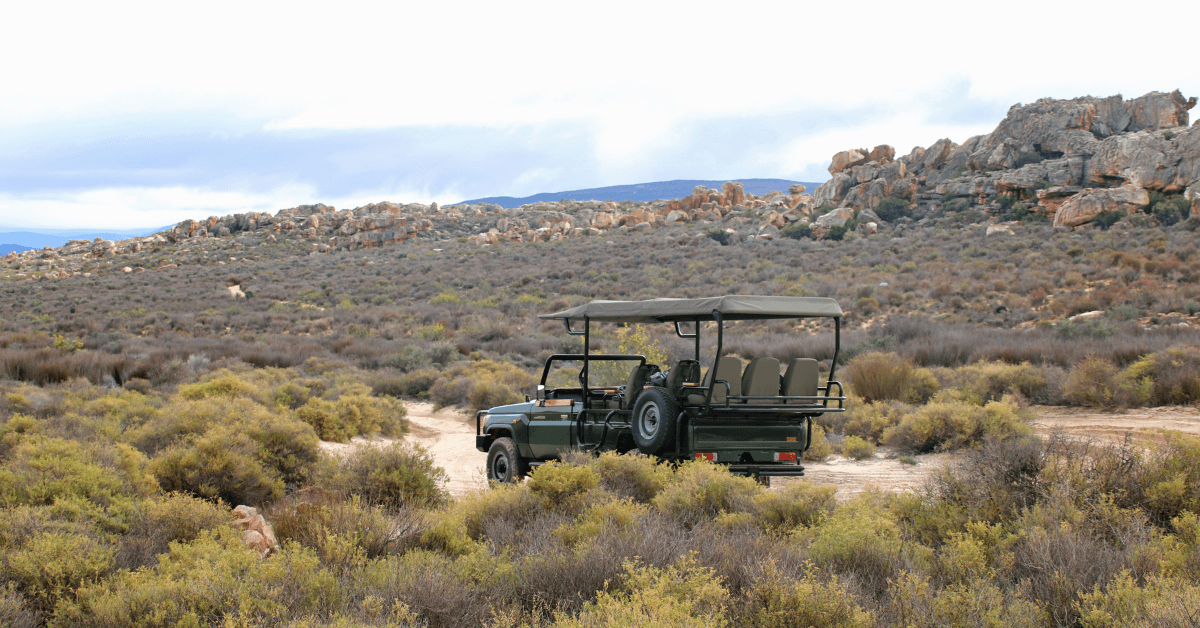 Guests pile into an Open Air vehicle, eager to venture deeper into the Nature Reserve, where a tale of tribes lies in wait. A short drive into the trip the car rolls to a stop and everyone quickly disembarks onto the warm, white sand underfoot. Looming ahead is a mountain of rock, shadows form where crevices and overhangs meet, offering shelter from the blazing African sun above. As far as the untrained eye can see, soft sand and dry fynbos shrubs, but to the San people of the past? Endless inspiration and sustenance. Suddenly, the Nature Guide speaks and we are transported back to many moons ago on a journey to discover a tale of the San tribes.

For decades, since the first discovery of San rock art some 350 years ago, many believed that the depictions were simply created to show appreciation for people and animals the San deemed beautiful. However, by studying and better understanding the San culture, their beliefs, as well as their experiences, anthropologists and rock art researchers have discovered their more complicated meanings, which only make the artworks more incredible and drives the need for preserving this link in South African history further. It is now better understood that the San would not paint images of everyday life, borne from a need to express creative ability, but that painting was linked to their deep spirituality and religion. The San religion was rooted in the belief of spiritual realms on different planes within an intertwined universe. 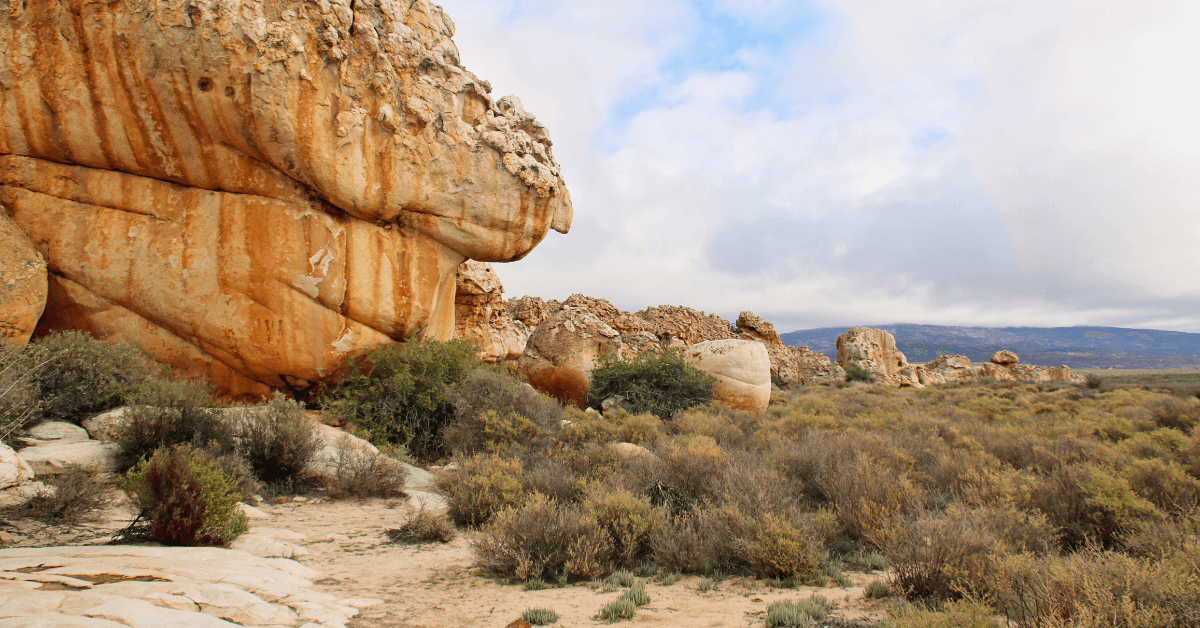 The tribe’s shaman, or medical advisor, would be the person to paint on the rock surfaces in locations where they believed the presence of the spirit world to be strongest. The shaman would enter a trance-like state, induced through dancing, drumming and ingesting special herbs and then paint directly onto the rock as a form of prayer to the spiritual world to heal sickness or grant rain. Rock art paintings take many forms and shapes, some are even engraved into the stone rather than painted, but those at Kagga Kamma Nature Reserve focus on eland and the San tribe which roamed through the region. Eland hold a significant status in the San culture, as it is believed they were considered to be most powerful, relating to their spiritual essence (or n!um). The tribes believed that the eland possessed the strongest ability to bridge the divide between the earthly realm and the spiritual realm and, as such, the antelope was greatly respected and only hunted for specific rituals (such as a young boy coming of age or a marriage). 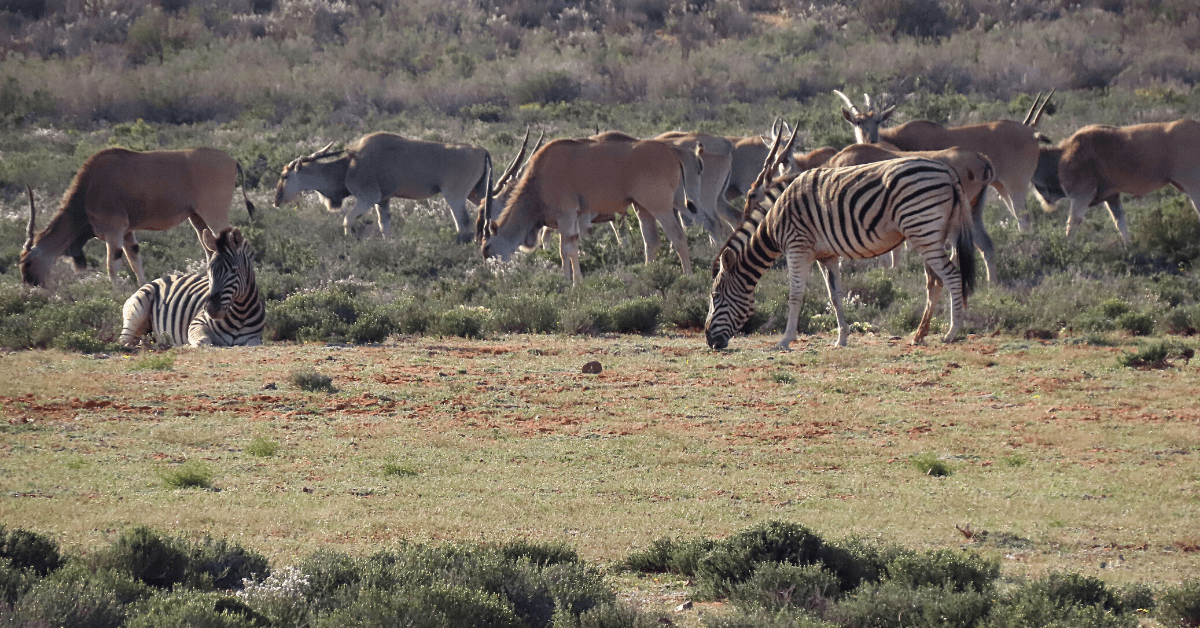 The paint used, whether the paintings themselves depicted eland or dancing, was created by grinding up various materials into a fine powder and mixing the powder with animal blood and fat. The natural materials at hand provided for red, orange and brown tones, which were derived from haematite or limonite, and these colours preserved well. White, suspected to be derived from bird droppings, and black, derived from sources such as charcoal, were also often used, though these tones did not preserve well and often washed away over time. It is believed that the art stains, the oldest of which dates back approximately 30 000 years, preserved so well due to the locations of the paintings (usually within cave-like structures), as well as the use of animal fat, which lends some benefit of being weather-proof.

The San tribe are not the only ones to have left wisps of their tales on Kagga Kamma rock formations; evidence also depicts Khoi-related artwork. The KhoiKhoi also travelled across Africa, leaving artwork in similar locations to that as the San tribes. In some instances, such as at Kagga Kamma, guests have the opportunity to view the two artistic styles side-by-side. Older artwork is usually attributed to the San people, as they inhabited the region before the KhoiKhoi tribes and fashioned paintbrushes from natural materials to paint in finer strokes. The Khoi people, however, preferred to use their fingers to depict livestock and mark a specific location. 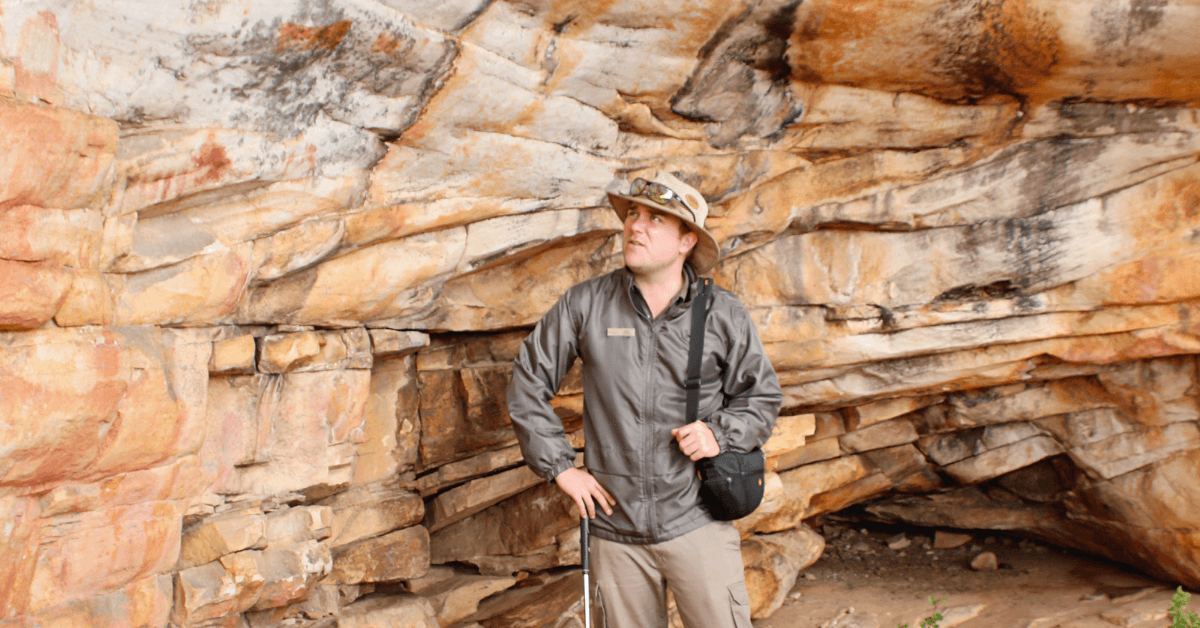 As the tour draws to a close, slowly guests return to the present, still in awe of the incredible artwork paying tribute to an incredibly intricate culture and people, scattered across the rock faces. This, a tale of tribes, has to be experienced during one’s lifetime to truly appreciate the origins of the San and Khoi people and their story as part of South Africa’s heritage. Kagga Kamma Nature Reserve is blessed to be a private and protected reserve, ensuring that this part of our history remains for generations to come.

Join our knowledgeable Nature Guides to view this unique gallery on a Rock Art Tour.
Learn more about the San people by reading: Water from Ostrich Eggs

One thought on “A Tale of Tribes”