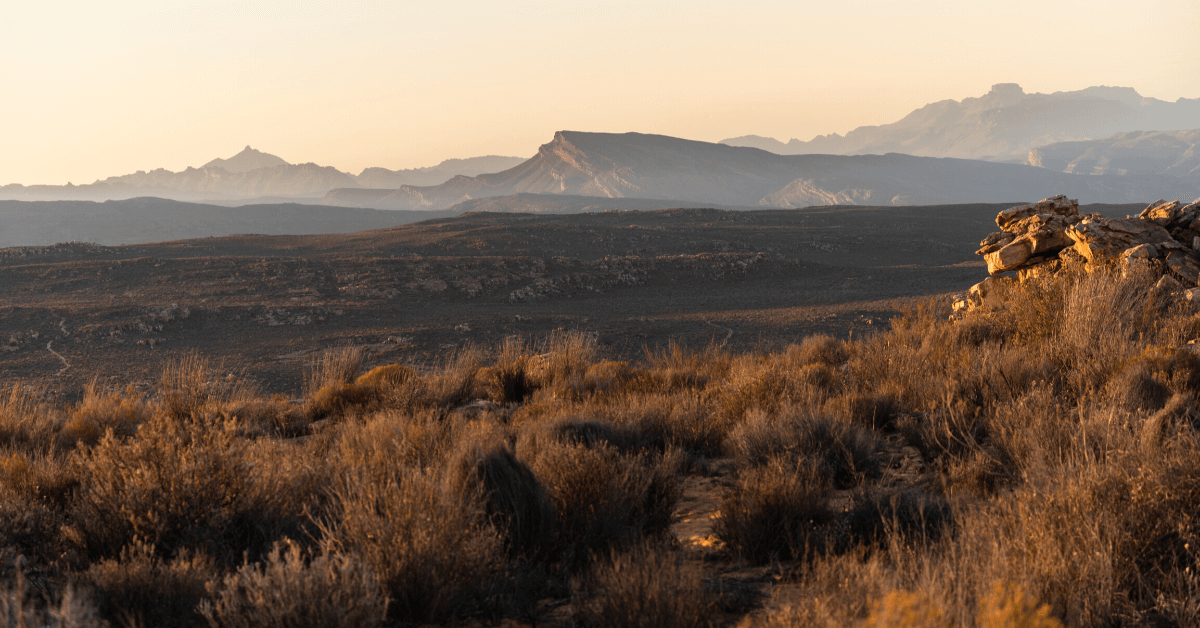 Kagga Kamma Nature Reserve was blessed with a thunderstorm late-January this year; an unusual time of year for this region to be experiencing high levels of rain. The team stood watch as grey, rolling thunder clouds blanketed the sky and large raindrops pattered to the ground; soaked up eagerly by the dry earth. It’s an incredible spectacle to behold as the scent of rain settles the dust and wipes it from the fynbos plains; stained earth, bright shrubs and a rainbow, pastel sky – the gift left behind by the storm. This shower is welcomed by the Karoo-like plains, just as the storms before it and a faint moment in history is recalled when the San people coaxed water from ostrich eggs. 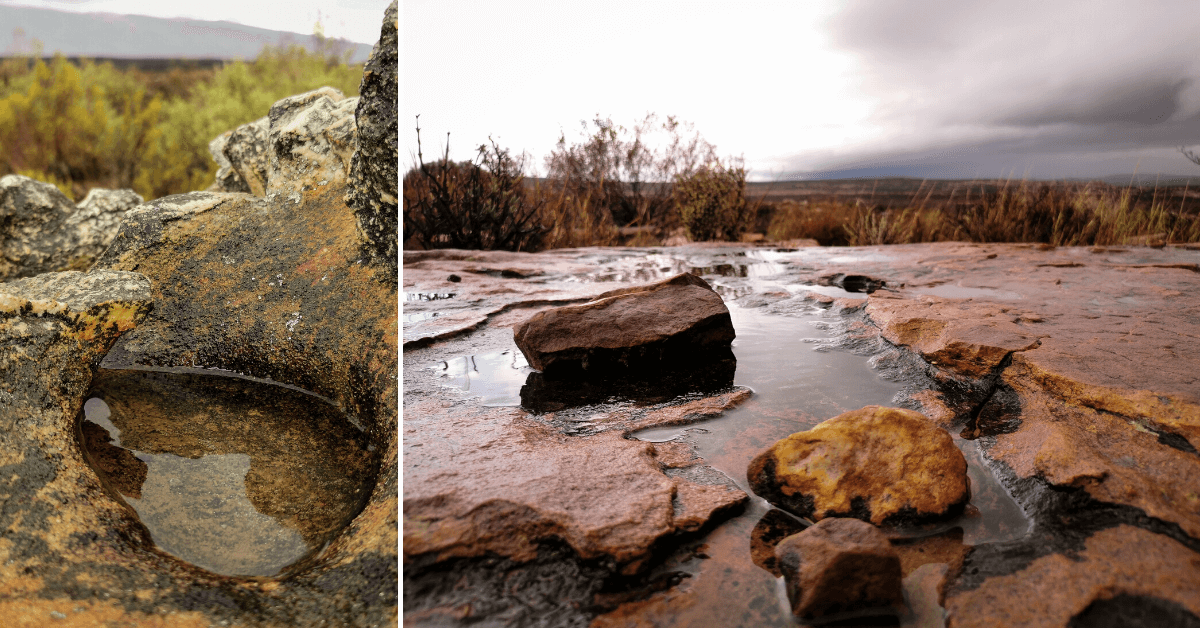 To the Khoisan tribes of the past, the rains were heavily appreciated, as, throughout most of the year, little rain meant little water for their families. A number of water sources were used to sustain the tribes; underground water would be sucked out of the earth through grass ‘straws’, any rivers or streams would be visited to parch thirst, and a root plant, known as the ‘milk bulb’, would be unearthed and shaved into pieces before being pressed in the palm to release liquid to drink. To make the most of the puddles and small bodies of water created in hollowed out sandstone left behind after the rains, the San would make use of the humble ostrich egg. Hunters would collect eggs from the wild, and very dangerous, flightless birds which roamed the landscape; the eggs not only made for a valuable food source but made a rather useful flask for water.

A small hole would be carved into one side of the egg, and after the contents were drained and consumed, the eggs would be cleaned, filled with water after the thunderstorms and the hole resealed, using beeswax. This provided the tribes with a safe source of water well into drought-stricken seasons and was of major advantage to the hunters, as well. The freshly filled ‘flasks’ would be buried along hunting trails; the precious water kept safe and clean within the ostrich eggs. When tracking an animal for kilometres, the hunters could dig up the ostrich eggs for a drink of water, before continuing on their journey. The ostrich egg’s thick shell made them very durable and useful to the San tribes. The shells would often also be decorated and marked by the owner or family to whom it belonged and wives and daughters would often shape beautiful bracelets and hairpieces with broken shells.

The San people roamed the unforgiving Karoo plains for many generations, hunting antelope, foraging for fruits and herbs and teaching those who followed the versatility and precious methods of retrieving water from ostrich eggs. 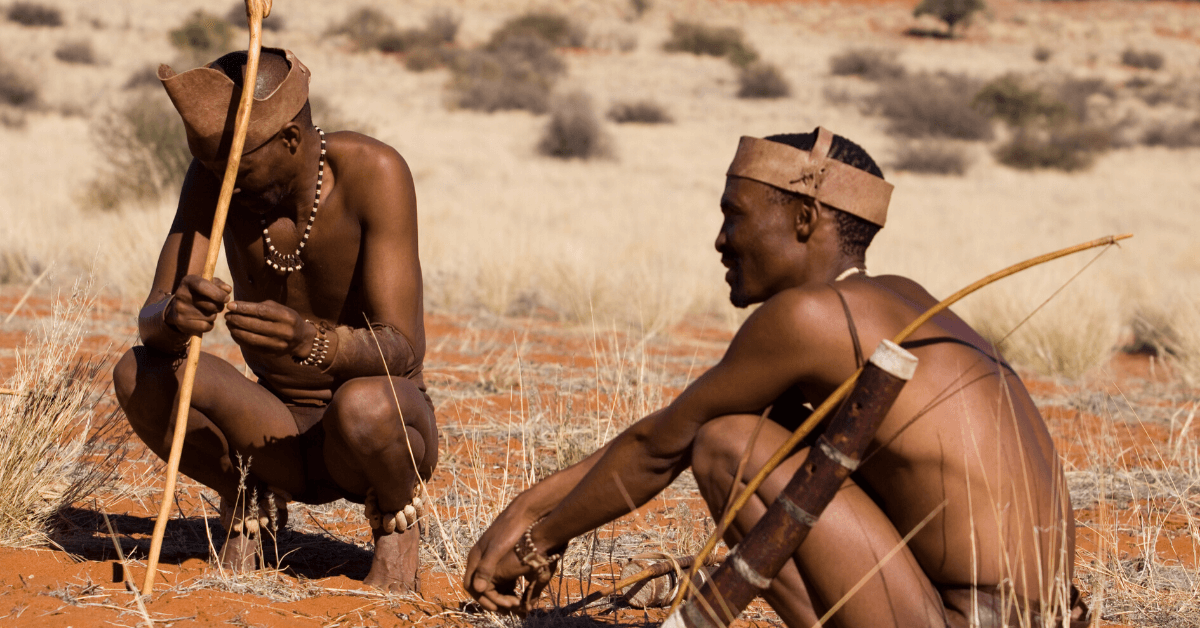 Learn more about the San and Khoi people on our fascinating Rock Art Tour. Visit our website or plan your trip to Kagga Kamma Nature Reserve: reservations@kaggakamma.co.za.

One thought on “Water from Ostrich Eggs”