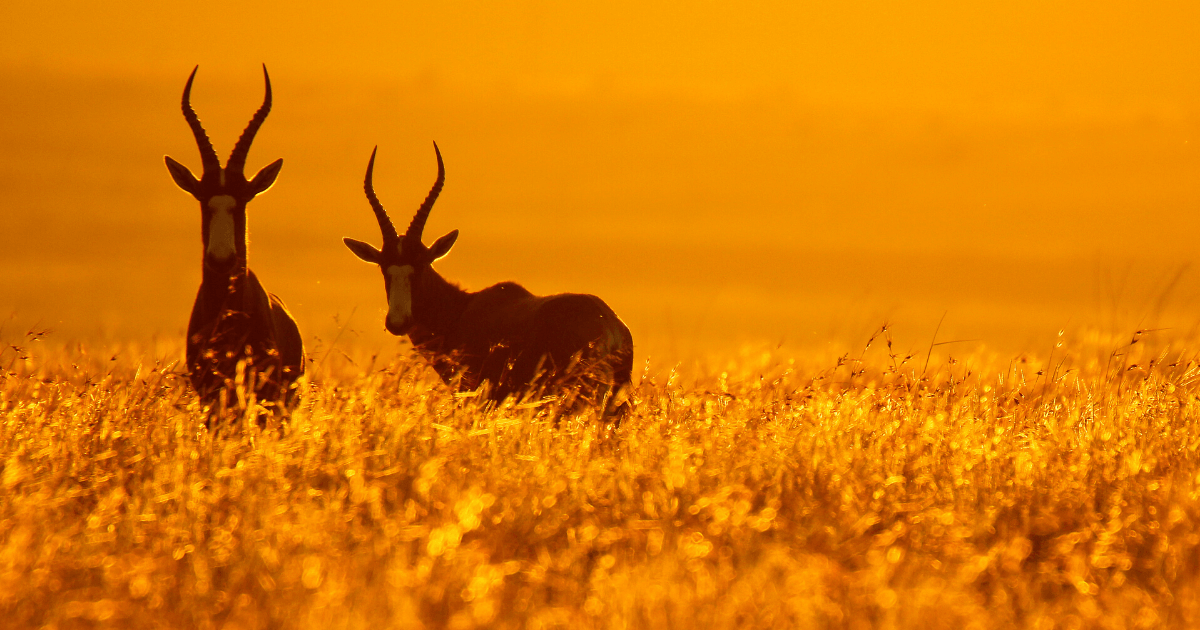 Like any bestseller, the story of the bontebok is an intriguing and exciting one; it is a mixture of history, thriller, doom, danger, sadness, drama and suspense. Luckily for the avid conservationist, this beautiful subspecies, like the phoenix, rose from the ashes of extinction to become a thriving member of the antelope family. 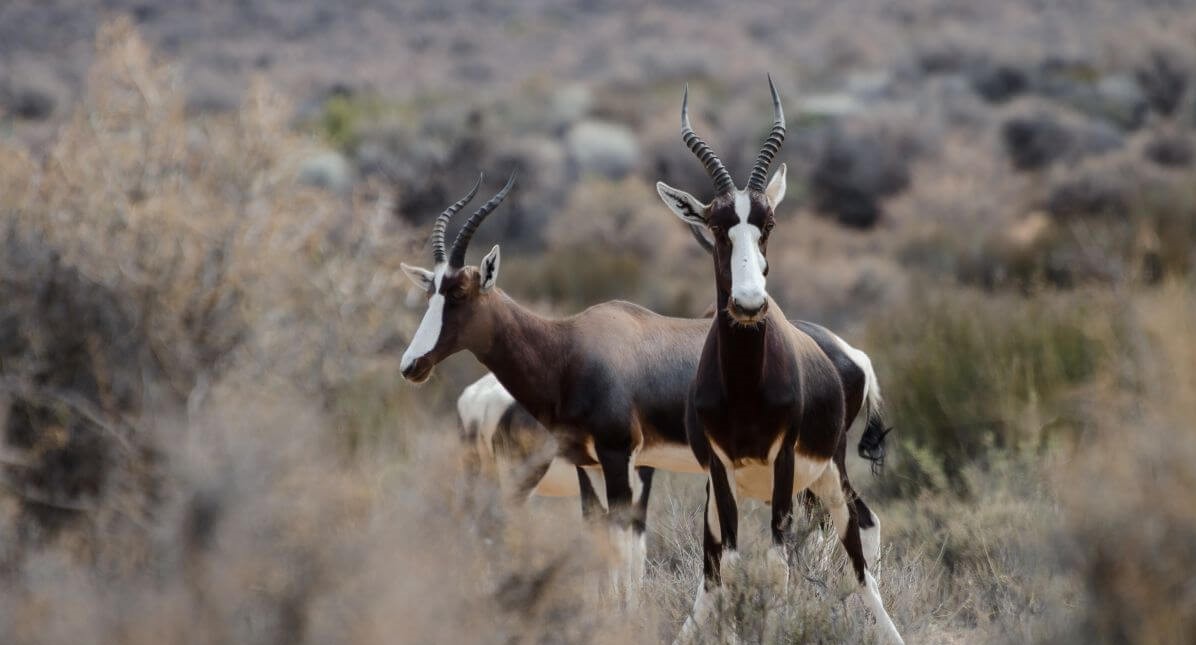 The establishment of a Dutch Trading Post on the Cape of Good Hope in 1650 and the resultant wave of colonisation had a devastating effect on the indigenous people and wildlife in the area. Many large mammal species in the Cape were seen as a nuisance and eliminated with such haste that many have disappeared into the annals of history, with little if any having been taken. One of the mammals, a subspecies of the blesbok, is the hero of this story.

The Dutch settlers saw the bontebok, a beautiful sleek coated, hoofed mammals with a white rump patch and gorgeous purple highlights, as competition for farmland and mercilessly shot huge numbers of them without mercy or restraint. 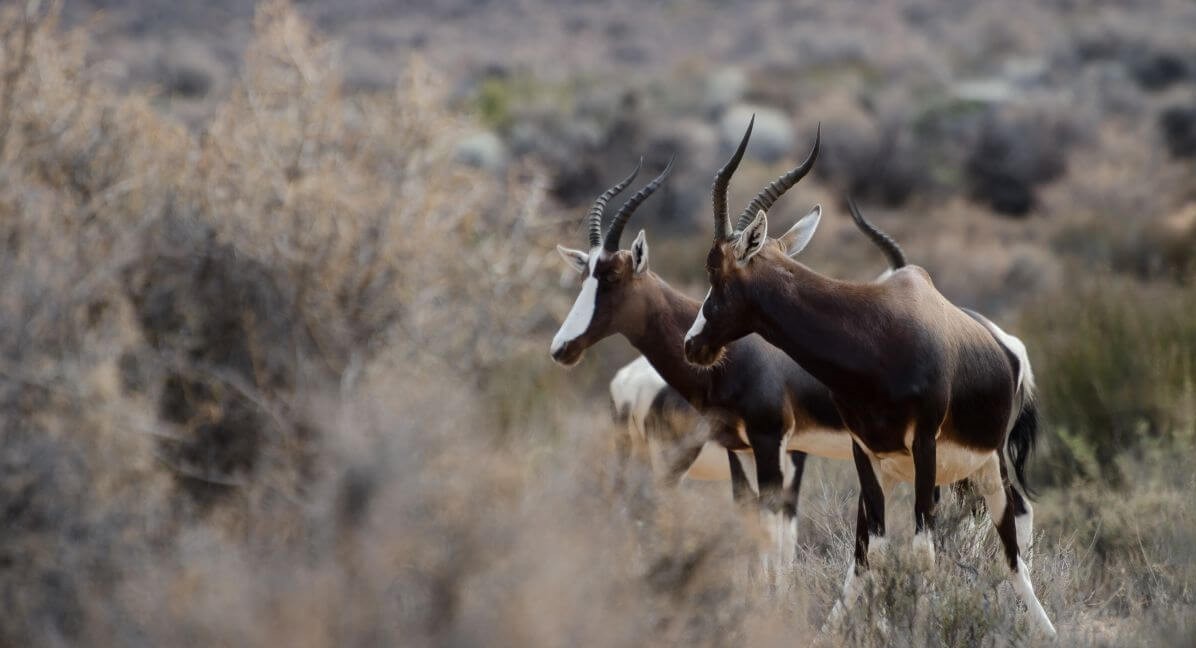 The extinction of the bontebok loomed dangerously on the horizon, but unlike many other extinct mammal species, the bontebok had a seemingly serious biological flaw that would ultimately save its life – it could not jump! Unlike the unbelievable athleticism of the springbok, who can jump 13 feet into the air, the bontebok cannot even clear a very basic livestock fence.

Unbelievably, one herd of seventeen bontebok remained after the unrestrained and horrendous killing mentioned previously and with the help of a few sympathetic farmers and a livestock fence – that they were unable to jump – the bontebok received a stay of execution. The transferral of these animals to a national park – appropriately named the Bontebok National Park – has allowed this iconic species to survive and thrive, unlike so many other unfortunate species.

Nature Drives at Kagga Kamma Nature Reserve, give visitors the unique opportunity to appreciate these beautiful creatures and to appreciate the part their history plays in our rich heritage.

If you enjoyed reading this article about the bontebok, you might also enjoy reading about The Malachite Sunbird.