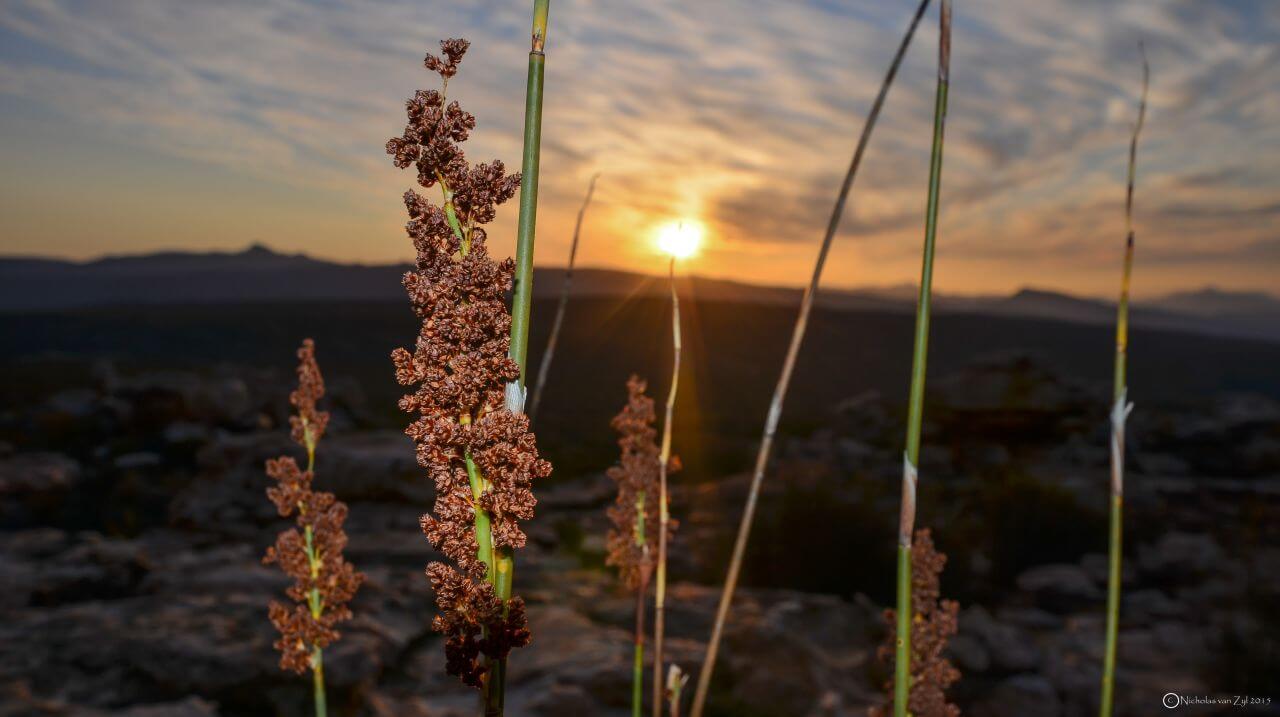 Kagga Kamma has a rich cultural history with many ancient rock art sites situated at various places at the Reserve. Do you know the artists behind this art? Do you know your “people without cattle” from your “real people”? Let’s take a trip back in time…

There seems to be a lot of confusion about the San and Khoikhoi tribes; some use the names interchangeably, thinking they are the same group of people. This is completely wrong, as they are two very different tribes, with different ways of life, cultures, and even painting styles/types. Although both the Khoikhoi and the San called Kagga Kamma and the greater Southern Africa home many, many moons ago, this post will focus on the “Real People”, as they called themselves.

Over 2000 years ago a group of hunter-gathers known as the San called Modern Day Botswana home. They turned from their hunter-gatherer roots and acquired domestic stock. This group evolved from being strictly foragers and hunters to pastoralists – the first in southern Africa. This group called themselves “Khoikhoi” (or Khoe), which means “men of men” or “the real people”.  They grew strong in numbers and consequently spread into new territories. And as they expanded and relocated, they moved more-and-more towards San territory. The Khoikhoi’s new philosophies of herding etc. came into direct opposition with the San way of life – who preferred hunter-gathering over herding. These differences unfortunately led to many misunderstandings and conflict between the clans.

The Khoi and The Colonists

During the Mid-17th Century, the Khoikhoi were the first indigenous group to engage with the Dutch settlers. Unfortunately, this didn’t always end positively for the Khoikhoi – as the Dutch took over their land – they were expelled, killed or enslaved. And thus their numbers dwindled.

Once European settlement became more-and-more widespread, the Khoikhoi tribes moved to “Namaqua” (Namibia and North-Eastern Cape), along the Orange River, Eastern Cape and the largest occupation by the Khoikhoi was in the South-Western Cape, including the Cederberg and more specifically, Kagga Kamma. Evidence of the Khoikhoi’s occupation in this area is still evident at the Resort, to this day!

The Khoikhoi moved from place-to-place seasonally and didn’t stay in the same area more than a few weeks on end. The main reason behind this was to ensure that their animals had sufficient grazing.

This nomadic culture meant that the Khoikhoi had to be able to carry their belongings or have them strapped to their animals; consequently their houses were made of lightweight materials such as reeds and poles. Like the San, the Khoikhoi wore leather clothes, which assisted in protecting their feet and like, during their travels.

The Khoikhoi were the first pastoralists in Southern Africa and typically owned goats, sheep and cattle. The more animals they had, the more “wealthy” they were. This contrasts with San, who believed in sharing everything. So the Khoikhoi distinguished between the rich and the poor; or the people who owned much livestock and those who didn’t.

Cattle was especially seen as a form of wealth and were never slaughtered unless it was an important occasion, such as a wedding or a funeral; or if the animal died or was stolen from their enemies. The men hunted for game and the women milked the animals and foraged for plants, which means that the Khoikhoi also hunted and gathered like the San; but were herders foremost.

SAHistory.org explains that the Khoikhoi and San languages are characterised “by implosive consonants” or ‘clicks” and belong to a totally different language group to that of the “Bantu languages”. Unlike the San who spoke very different dialects, the Khoikhoi spoke very closely related dialects of the same language.

NÁ má, previously known as “Hottentot”, was the most commonly occurring dialect of the Khoikhoi and San languages. It belongs to the Khoe language grouping and was spoken in Namibia, Botswana, and South Africa by several clans.

As mentioned, the Khoikhoi tribes originated from modern day Botswana (and Namibia) but moved to South Africa 2000 odd years ago. As they moved into San territory they brought their sheep and cattle, as well as complex social and governing systems; this was in direct opposition of the San way of life. The Khoikhoi migration south meant that San numbers, cultural activities and even paintings declined.

Consequently, the more recent rock art is often attributed to the Khoikhoi tribes and not the San.

The Khoikhoi in Pop Culture

The San and the Khoikhoi tribes have fascinated many people. not just at Kagga Kamma. but the greater world… even stretching into the realm of popular culture:

Krotoa (2017) is a film based on a true account of a young Khoikhoi girl, Krotoa, who at the age of eleven is removed to serve Jan van Riebeeck. She quickly comes to grips with the Dutch language and acts as an interpreter between the Dutch and the Khoikhoi tribes. This captivating tale has a bit of every genre and is a wonderful way to see a snippet of the Khoikhoi people and culture come to life.

COMING UP IN THE NEXT MONTH…

A CONCISE GENERAL GUIDE OF THE SAN CLAN – THE HISTORY, LANGUAGE AND BEYOND

One thought on “The Khoikhoi Tale: The “Real People””